Some people have embraced iPads and can do the majority of their work that platform alone. I’m still looking for that level of productivity. I do hold out hope on the creative front, though. I use Logic extensively. So far, nothing on iOS has even come close. There are plenty of stand-alone synths that are subjectively better than the ones in Logic. There are also DAWs that are excellent, but just different, or do one specific thing really well. None of these, to me, are Logic. Recently, though—Logic Pro X version 10.3.0, and GarageBand iOS version 2.2.1, both released on the 20th of January, 2017—got updates that allow a certain level of integration.

Seeing the following points in the Logic and GarageBand release notes, respectively, got me a little too excited:

These are certainly true, but didn’t work quite the way I expected. ##GarageBand Update Let’s get this out of the way first: with this update, GarageBand on iOS has become much more capable. On its own, it now grabs from Logic Pro the Alchemy synth, Drummer tracks, multi-take recording, AudioUnit plug-ins, and more. Those four alone are pretty amazing additions. When paired with an external keyboard, like the C.24 and an audio interface/microphone, a lone iPad using just GarageBand is (finally) a serious contender. ##How Does This Work, Now? Let’s start on the Logic Pro side. You can freely compose and create in Logic, using any effect, synth, plug-in, or whatever you have at your disposal. Of course, GarageBand can’t actually play most of these, so, when you’re ready, you export to GarageBand from File->Export: 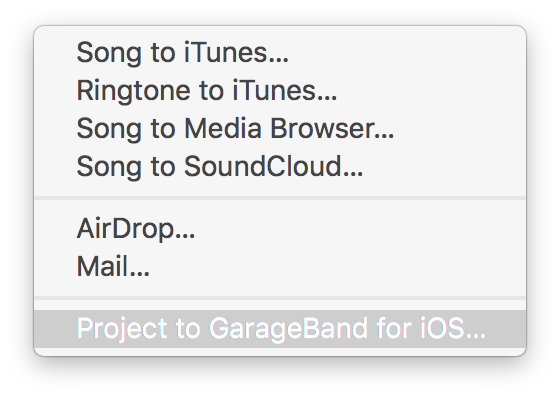 This will perform a mixdown of your project and create a GarageBand “.band” file with a single, stereo audio track of your Logic project. This makes the individual tracks uneditable from within GarageBand. This is the case even if you’ve kept everything compatible, like only using Alchemy and Drummer tracks. You’ll be asked where to save this file: 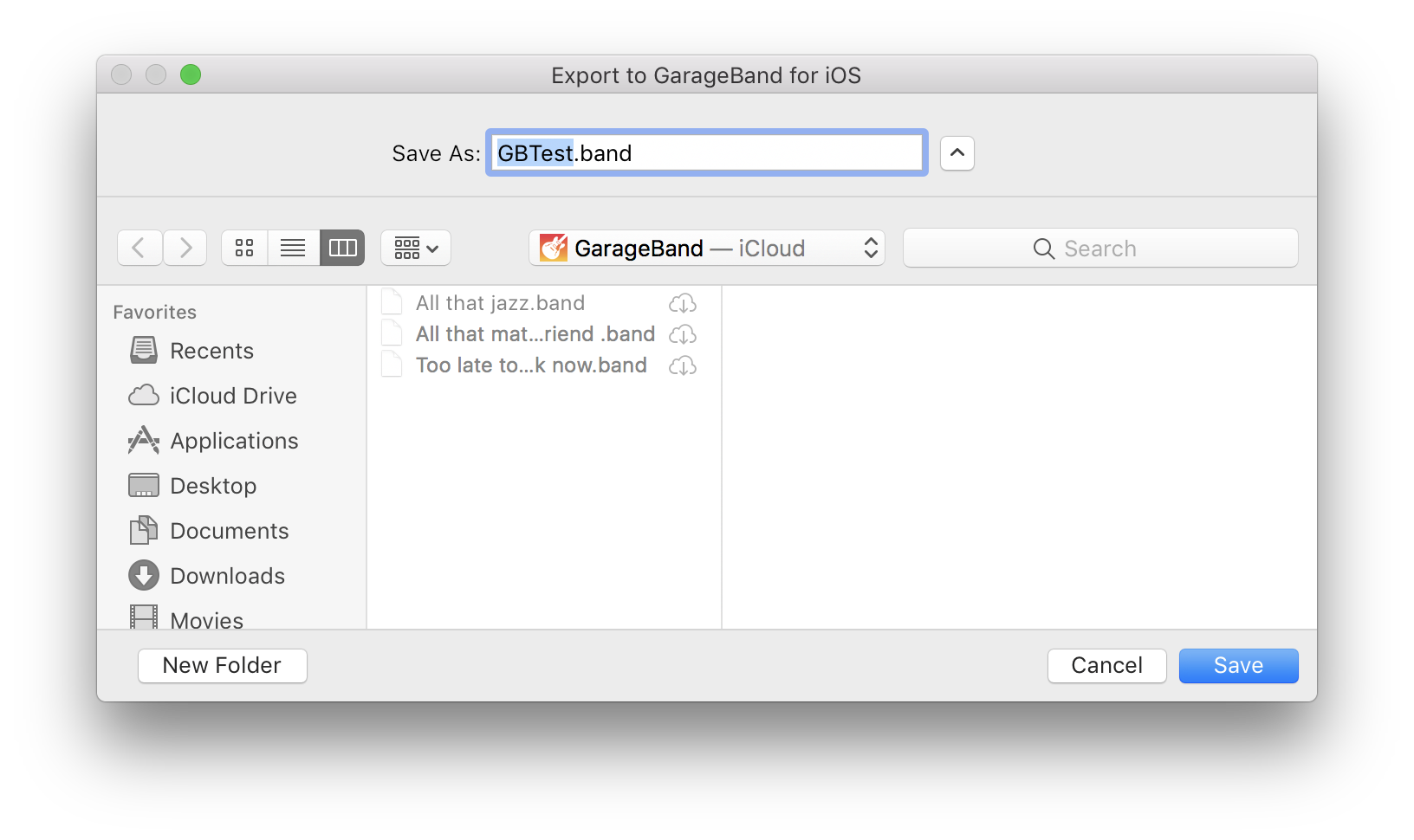 The dialog defaults to iCloud. Once iCloud syncs, your document will show up in the iOS GarageBand project picker. Tap on it, and after a download (if needed), you’ll be on your way. Here you’ll see my sample project with two additional tracks added. 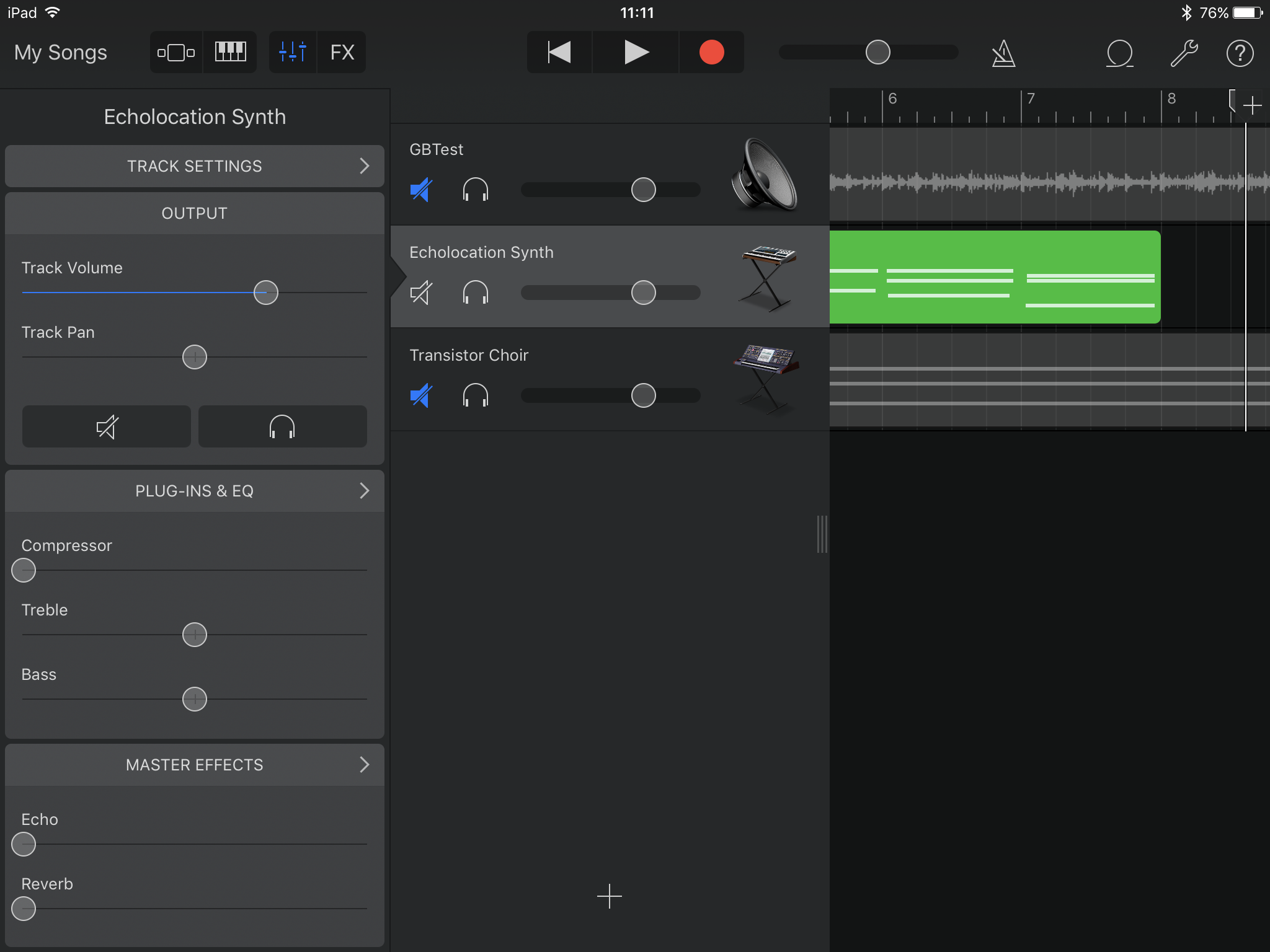 So, here’s the part where you can just go wild. Add parts to your heart’s content. iOS GarageBand now supports AU effect plugins. What?!? Incredible, right? Not so fast. It supports AU extensions. You can’t use your fancy stand-alone AU plug-in that works with Logic (or other DAW). In all fairness, these often have custom licensing, etc., so that’s going to be a bigger deal to get working, if that ever happens. So I went and spent some money on AudioUnit extensions on the App Store. For science.

Tap the “Plug-ins & EQ” toolbar item and then “Edit”. You’ll notice you now have four empty slots, waiting for you to assign an effect.

Well, go on and do so! Tap on an empty slot and you’ll be presented with the AUs you have available in the “Audio Unit Extensions” tab. 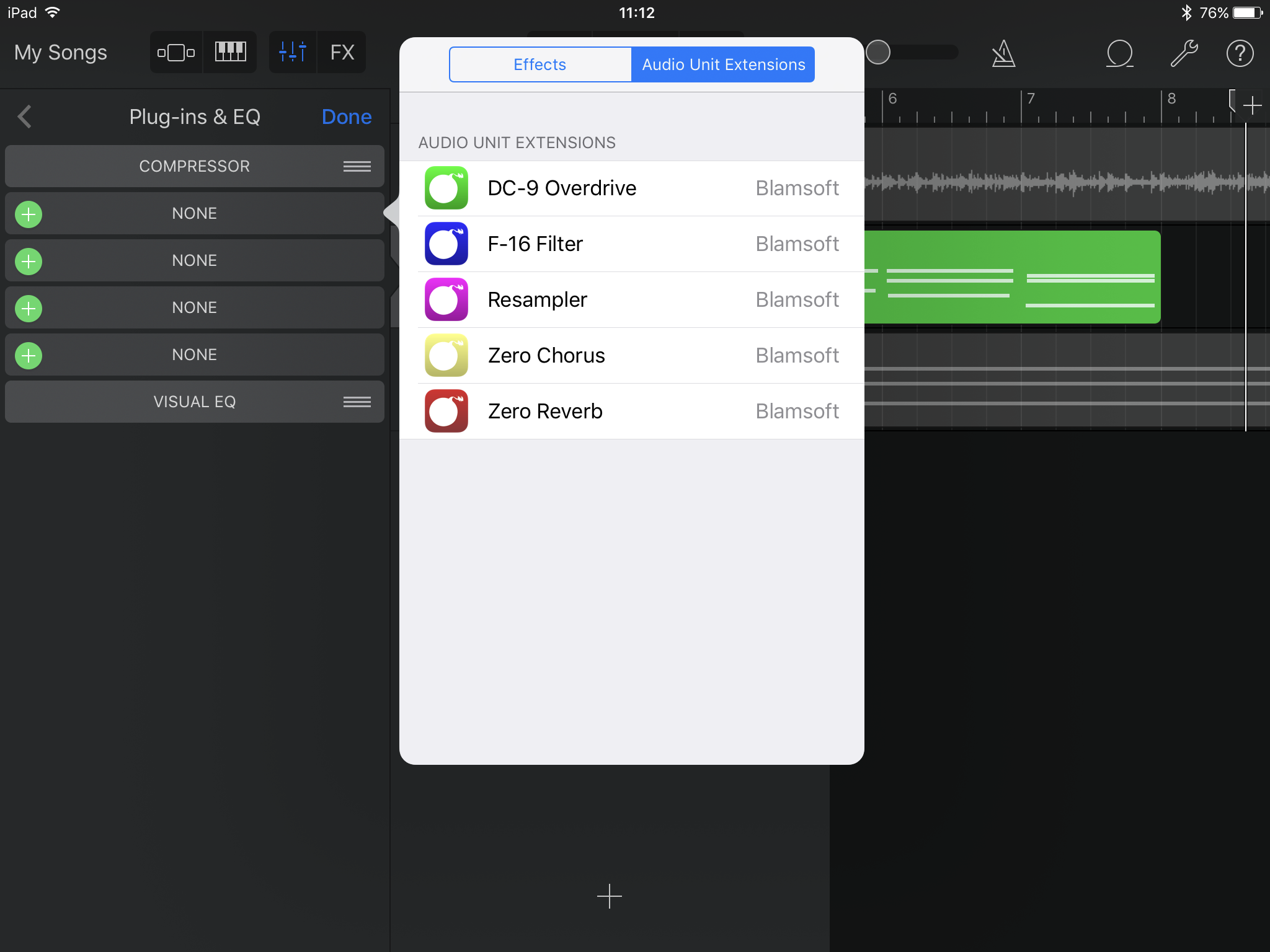 You’ll see that this takes up one of the four slots. 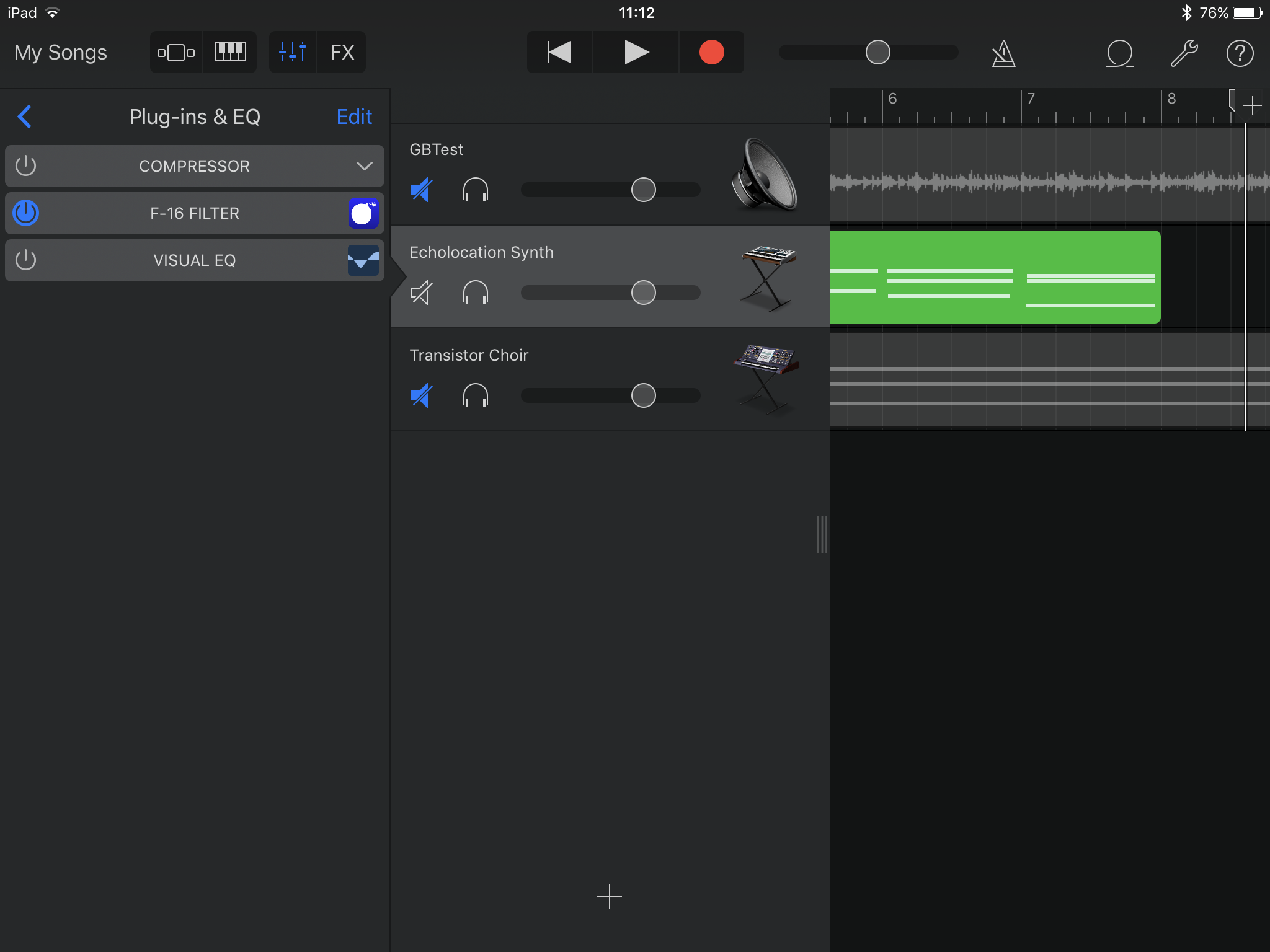 Tapping on that entry lets you edit and adjust the effect. (I haven’t seen if you can automate effects over time like you can in Logic.) 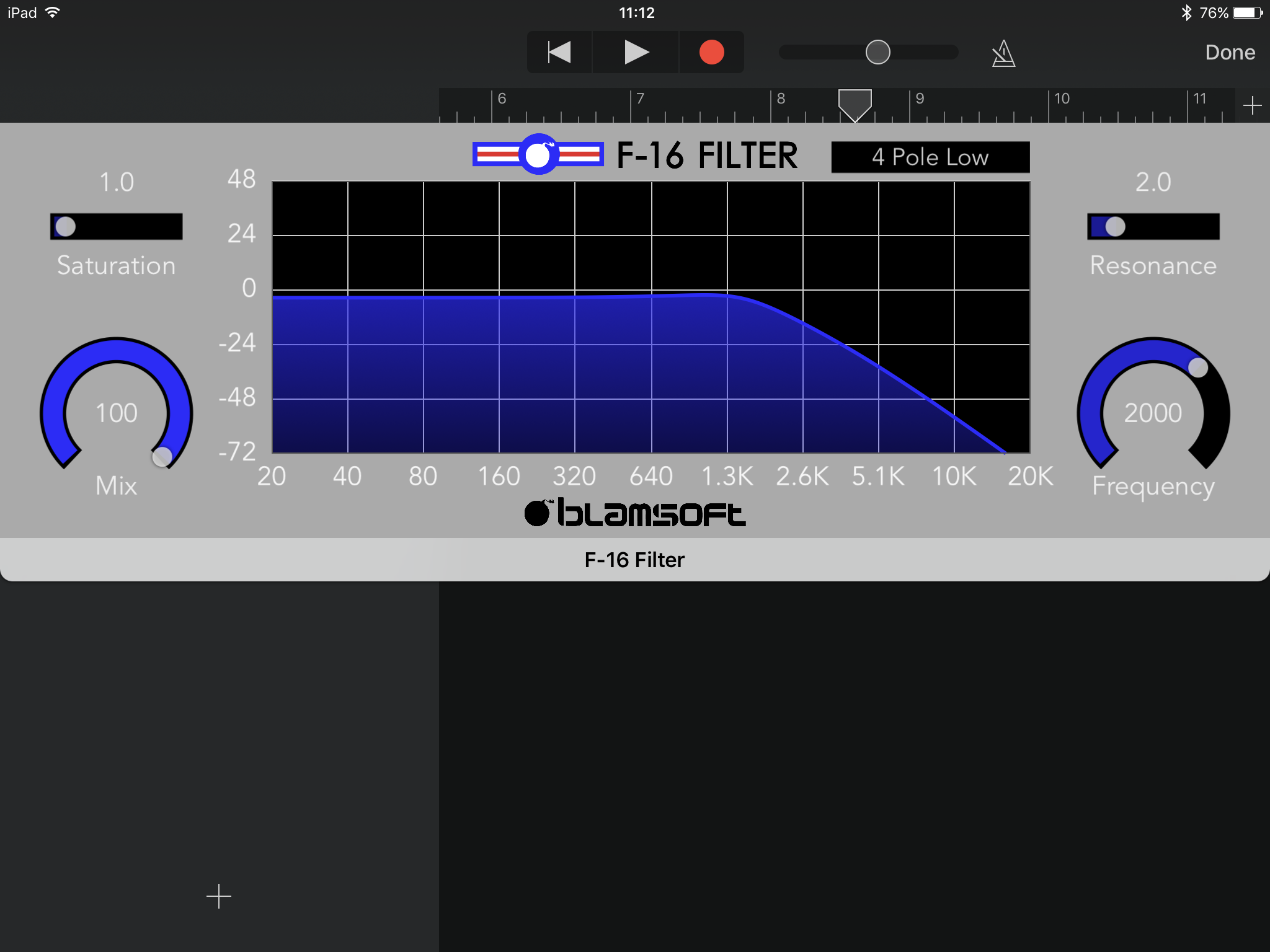 Clicking on “Edit” again places the red “minus sign” next to each slot, and you can then remove an effect if you no longer want it. ##Back to Logic Munge up that GarageBand project as much as you like. Once you exit the project, and it gets synced with iCloud, head back over to Logic.

On launch, Logic will check your user “CloudDocs” and “Mobile Documents” folders for updates. If found, you’ll be prompted to import the updates.

…and you’ll be told of your success, with a reminder that you need to do this dance again if you need to go back to iOS-land.

If you left an AU Extension in your GarageBand project, and brought that back into Logic, well, naturally you’re out of luck. It looks like any missing AU in Logic. 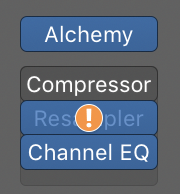 ##The Future I like this trend - Logic keeps getting better, and iOS GarageBand becomes baseline feasible and more.

Time for some honesty: While I like this, it’s really unlikely I’ll use this often, if at all. I’d likely take a 12" MacBook with Logic over an iPad running GarageBand. It’s just the way I work. There’s so much more possibility. I detailed some of this in Music Rig at MacTech 2014.

This isn’t to say that I might not be inspired to start a project on an iPad. With Alchemy and Drummer Tracks available, Garage Band seems like a fantastic scratchpad if needed that can be brought into Logic for all of the extras.

I’m guessing this integration will get better and better over time, and I am certainly looking forward to this future.